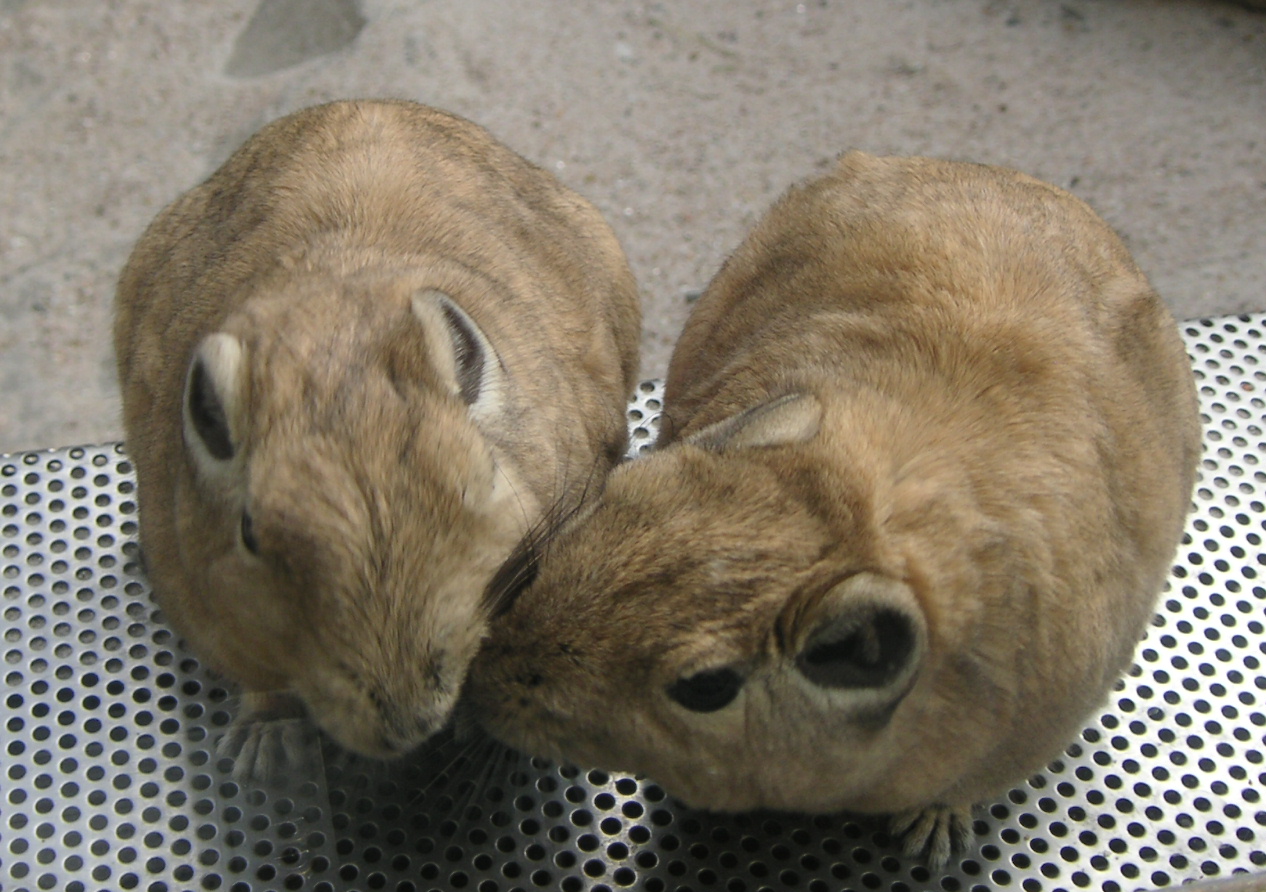 This gundi is found in northern Africa on the south side of the Atlas Mountains at altitudes up to about 2,900 m (9,500 ft). Its range extends from western Libya through Tunisia and Algeria to eastern Morocco.

Gundis are diurnal. It lives in rocky, arid places, making its home in crevices and under boulders. These homes are usually temporary.

In the early morning, gundis sunbathe until the temperature passes 20° C (68°F). Once it's hot enough, the gundis will forage and eat, then go back to sunbathing on warm rocks. They will shelter in the shade once the temperature reaches 32° C (90° F). Only after the temperature drops again, in the afternoon, do gundis leave their shelter. Gundis make chirp-like sounds to communicate with each other. If alarmed, they thump their hind feet as well.

The gundi is a territorial species, with family groups of between three and eleven adults defending a territory. Gundis live in colonies, and within these colonies, gundis live in separate units. A unit can be a female, male, and their offspring, or multiple females with juveniles. Gundis sleep in piles to stay warm during the winter.

The diet of Common gundi consists of a variety of vegetation. Leaves, stalks, flowers, and the seeds of almost any desert plant (including grass and acacia) are used as sustenance.

It does not drink, obtaining sufficient water from its diet, nor does it store food as do some desert rodents.

A gundi reaches sexual maturity at the age of nine to twelve months. The gestation period is estimated to be 57 days and the litter size averages just under two. Gundis are born with open eyes and fur. They are able to control their body temperature from birth, and are weaned after only four weeks. The interval between litters is about 70 days.

​Lifespan of these animals can be 5 years.

At home, it is recommended to keep gundi in a spacious cage or a display case. When choosing a place to install a house, you need to take into account factors such as lighting and temperature, the rodent does not like bright light, overheating and drafts.

Gundi likes to move in the wild, so at home it needs a large cage with a large number of moves and shelves, so that the animal can move at its own pleasure. You also need to install a feeder, a water trough, and a manger for hay. Running wheels are not needed at home, since animals are often injured when running. Rodents can not be walked on the street, only in the apartment.

The basis of the diet at home is granulated feed and hay. The choice of ready-made food for rodents should be taken carefully. Pay attention to the expiry date, composition, if in doubt, look for feed reviews on the Internet. In any case, you cannot refuse natural feeds. Hay for the animal is necessary for the normal functioning of the intestines.